Per Governor Baker's new guidelines regarding mask policies, we will continue to require face masks in our office for both patients and staff at all times. Below is a copy of his new policy; Effective May 29, 2021, face coverings will continue to be required for both vaccinated and unvaccinated individuals at all times in the following locations, subject to the exemptions listed below: In Health Care Facilities and Provider Offices, defined as healthcare facilities or providers licensed or operated by the Commonwealth including nursing homes, rest homes, emergency medical services, hospitals, doctor’s office, urgent care settings, community health centers, vaccination sites, behavioral health clinics, and Bureau of Substance and Addiction Services (BSAS) facilities. This requirement applies to patients and staff. 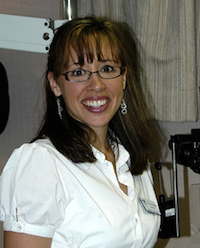 Dr. Gina Troiano Reiners grew up in Housatonic and attended Monument Mountain Regional High School where she graduated in 2000. She went to Dickinson College and got her Bachelor of Science degree in Physics in 2004. It was during a sophomore physics class that Dr. Reiners' became interested in Optometry. After an internship at an  optometry/ophthalmology office her senior year, she  had decided on a career in Optometry.

Dr. Reiners graduated from The New England College of Optometry in 2009 receiving an award in Low Vision. During her four years, Dr. Reiners  worked  with a pediatric ophthamologist, focusing on strabimus, amblyopia, and vision correction. After graduation she back to Housatonic where she currently lives with her husband, Dr. Collin Reiners OD and children, Mason, McKayla and Olivia. 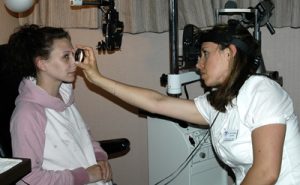 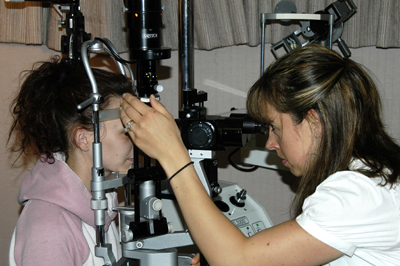 On Saturdays our Optical department is currently by appointment only. Please call our office to schedule an appointment if you are trying to pick up glasses, have repairs done or if you want to shop for glasses.